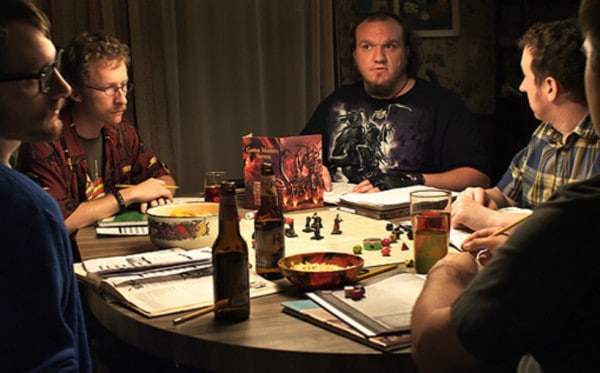 If you’re a fan of ‘nerd films,’ as I am, then Zero Charisma is for you. It’s a full-length account of a Dungeons and Dragons master who has fallen from his power. The trouble begins after he lets a new member into the group – a D & D newbie – that regularly meets at his parents house.

Here is the official synopsis: “As the strict Game Master of a fantasy role-playing game, Scott (Sam Eidson) leads his friends in a weekly quest through mysterious lands from the safety of his grandmother’s kitchen. But his mastery of his own domain starts to slip — along with everything else in his life — when neo-nerd hipster Miles (Garrett Graham) joins the game, winning over the group with his confident charm and dethroning Scott with an unexpected coup. Caught in delusions of grandeur, Scott must roll the dice and risk everything to expose Miles as the fraud he believes him to be. A darkly comedic fable of epic proportions, Zero Charisma is an ode to nerds from every realm.”

I’m not sure when Zero Charisma will be out in theaters (if at all) but the film is being released via several websites on October 8, 2013.