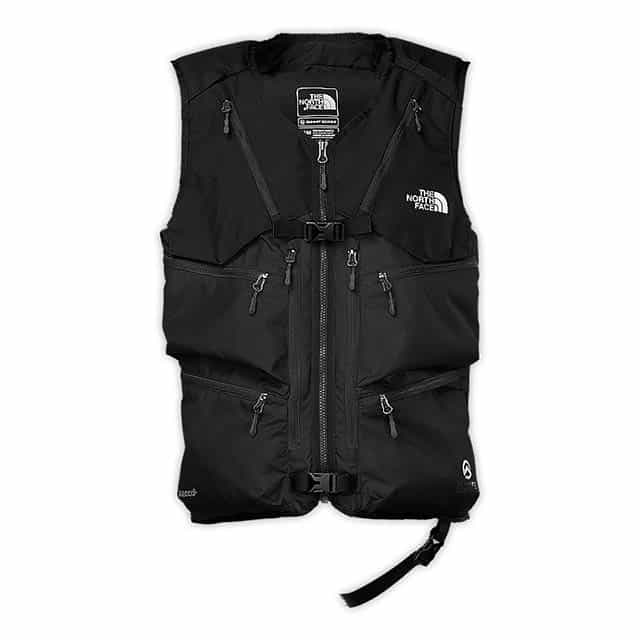 The land beyond the orange ropes and “ski area boundary” signs whispers promises of virgin powder, pine-scented solitude and hearty challenge. However, undertones of life-threatening danger lurk just below those sweet promises. While the standard avalanche beacon, probe and shovel remain as relevant as ever, more skiers are heeding the danger and supplementing those safety standards with avalanche airbag systems.

Avalanche airbags have been a staple in Europe for decades but have only gained steam in North America over the past several years. Steve Wagner, former CEO of the North American branch of Germany’s ABS, told us that though ABS airbag systems have been available in the United States on and off since the 1990s, it wasn’t until 2009 that the company established an office here. Similarly, other airbag companies like Snowpulse have emerged on the continent over the past half-decade.

As the product name betrays, The North Face partnered with ABS in developing the Powder Guide ABS. The average avalanche airbag is carried in a backpack, but The North Face Powder Guide delivers avalanche protection in a piece of clothing. The oversized vest integrates a nitrogen-powered airbag system. When activated, the ABS system in back of the vest inflates two bright orange floats on your back. The floats help cut your density and keep you on top of the tumultuous deluge of snow and debris, where you have a much better chance of survival. The bright orange color helps rescuers locate you more quickly when things come to a stop.

In addition to its ABS safety feature, The North Face Powder Guide ABS is designed to be a functional piece of outerwear. It fits on top of your shell and offers numerous pockets and pouches to hold other gear, including dedicated pockets for a probe and shovel components.

The North Face developed the Powder Guide ABS in response to its athletes. Infamous big mountain snowboarder Xavier De le Rue is one such athlete who has sworn by avalanche airbag technology since it saved his life in a major slide. De le Rue led the TNF athlete team that put the vest to the test in the field. The North Face’s numbers indicate that avalanche airbags have a 95 percent success rate in real world field use.

The Powder Guide ABS Vest is scheduled to hit the market this fall for a price around $1,200. The price represents a premium over avalanche airbag backpacks, which can be found for several hundred dollars less. In fact, The North Face’s newest ABS backpack, the Patrol 24 ABS Pack, will retail for a few hundred less when it hits the market around the same time.