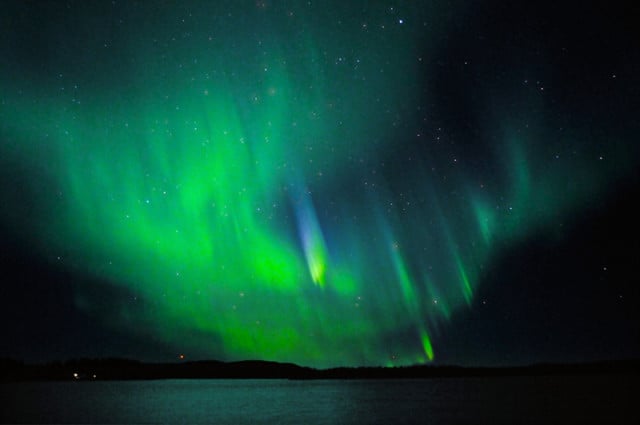 The world is huge. There are so many awesome places on it that are worth visiting during your lifetime. While many of these are frequently traveled to, a good deal of them are not. They are less popular, a little farther off the beaten path, but just as amazing as their more well-known counterparts.

We decided to take a look at ten awesome places you must visit before you die but we decided to do so a bit differently than many other top ten lists. We wanted to look at non-cliché destinations, places that you might not have thought about going to before, places not very many tourists even think to visit.

And with that here are ten totally wonderful places that we wish everyone would have the chance to travel to.

Iceland is awesome. There is no denying that. It’s a land of breathtaking otherworldly landscapes full of glaciers, lava fields, rivers, waterfalls, and mountain ranges. Start in Reykjavik, the capital of Iceland, famous for its energetic culture and scrumptious dining (and drinking options). Then venture out in nearly any direction for the most outstanding natural scenes of almost anywhere in the world. If you plan your trip for the right time of year, you might even spot the northern lights.

Few places in the world are as beautiful as Patagonia. Located on the southern end of South America, sprawling across both Chile and Argentina, the area captures the imagination with its stunning mountains, creeping glaciers, ancient forests, miles and miles of coastline, and diversity of animal and plant life. It’s a great place for those that like to spend most of their travel time exploring the outdoors.

Banff National Park, Canada’s oldest National Park, is another of the most awesome places you must visit before you die. Though it can be a popular tourist destination in the summer (especially in the town of Banff and around the Lake Louise and Peyto Lake areas), there are still plenty of tucked-away private gems waiting to be uncovered.

Not to be confused with the national park of the same name in Hawaii, Rwanda’s Volcanoes National Park is an excellent place to explore the African wilderness and hopefully spot a wild animal or two. Though the entire park is special, the highlight for many people is trekking to the gorilla reservation to see the magnificent animals in their natural habitat.

Lake Baikal is the oldest and deepest freshwater lake in the world. It is home to a number of endemic species of plants and animals (meaning they live in and only in the lake, nowhere else). It is located in a remote region of Siberia so it’s quite an adventure even getting to the lake itself.

Perhaps the most “cliché” place to visit on our list, there still can be no denying that the Galapagos are a “must visit” destination. And even though many people know of and adore the South American archipelago, not a whole lot of people have been there. Because of the diversity of plant and animal life on the islands (famous for giving Charles Darwin the insight he needed to formulate his theory of evolution), they are both a national park and a biological marine reserve. This means two things for visitors: 1) the plant and animal life is simply incredible 2) small groups are allowed to visit only for limited amounts of time to limit the ecological impact of tourism.

Though Salina is much harder to reach than many of Italy’s other fine cities, its location among the Aeolian Islands makes it one of the most awesome places to visit in the world. Volcanic rocks and green slopes mixed with the startling blue of the surrounding waters and planted olive trees round out the landscape. The villages on the island are fun to poke around in and offer up the best in non-touristy Italian culture.

For those looking to relax in one of the most idyllic areas on earth, there are few better options than the Kvarner Islands of Croatia. They’re a little-known and seldom-visited area of the world that you’ll want to have all to yourself (and, for the most part, you will). Sail, swim, walk, dine, drink, take in the fantastic architecture, and chat with the friendly locals until your heart is content.

Wrangell-St. Elias National Park is both the least visited and largest national park in the United States. It makes its home in the south eastern corner of Alaska and is filled with a landscape like no other on earth: barren mountains, thousands of miles of people-less wilderness, glaciers galore, and free roaming wild animals. Just about any section of the park is worth exploring, although most areas are so remote that you’ll have to charter a private flight to get to them.

A UNESCO World Heritage Site, the Yungang Grottoes of China are a masterpiece of early Chinese cave art. The Grottoes are a series of dwellings carved into the sides of gigantic cliffs filled with incredibly detailed and incredibly large Buddhist statues. They are located just outside of Datong, China and are an awesome place that you need to visit if there ever was one.