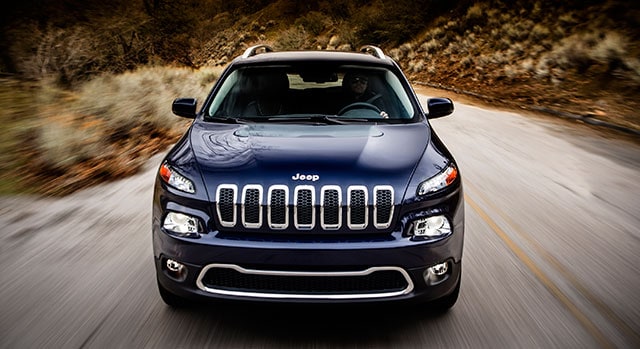 The Jeep Cherokee was one of Jeep’s true icons back in its heyday and arguably the originator of modern SUV design. Jeep canceled the model back in 2001, replacing it with the Liberty. While the Liberty has had its fans, it never quite reached the legend status of the Cherokee.

For those that weren’t watching, the Cherokee was basically a cheaper, smaller, grittier version of the Grand Cherokee. It had off-road prowess surpassed only by the likes of the Jeep Wrangler but more space and versatility. As outdoor lovers, we’ve missed seeing it on the market.

Well, after more than a decade of absence, the Cherokee is finally coming back to market … kind of. More accurately, a model named the “Cherokee” is coming to market.

Late last month, a picture of the new model was leaked onto the Internet, so Jeep jumped the gun on its introduction and showed a few official photos.

The new model bears exactly zero resemblance to the original Cherokee, losing all of the namesake’s hard lines and square corners. The new car looks more crossover hatchback than land-rambling off-roader and is actually curvier and softer-looking than any current Jeeps. It certainly is not what original Cherokee fanatics have been waiting for.

The bad news is that the new Cherokee isn’t a proper Cherokee, and Jeep probably should have called it something entirely different. The good news is that it’s still a Jeep, so it has more of a chance of being a fully capable off-roader than most of the other watered-down mid-size crossovers dominating the segment now. Jeep also says that it will have fuel economy that is nearly 50 percent better than the Liberty it’s replacing.

So, in other words, we have a potential combination of Jeep-branded off-road performance, mid-size utility and better fuel economy – sounds like it could be a great car for shuttling gear and friends to the resort or trailhead. If only Jeep had chosen to call it anything other than Cherokee, Jeep enthusiasts might be excited instead of irritated.

Not only does the new Cherokee not look anything like the original, it doesn’t really look like any Jeep we’ve ever seen. It has entirely fresh styling with a new face and new curves. We haven’t seen it from every angle yet, but it definitely appears to be more crossover and less SUV.

The new Cherokee will debut as a 2014 model. Jeep will drop full information about the Cherokee later this month at the New York Auto Show.