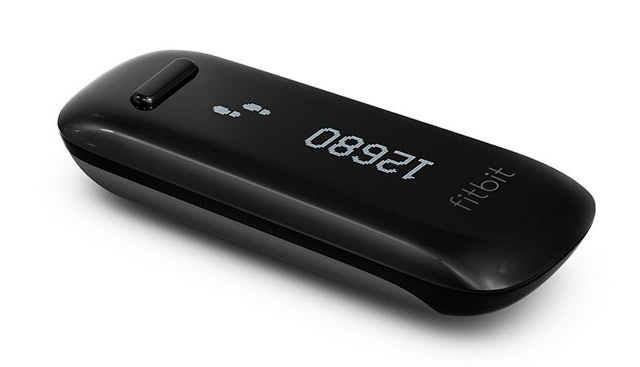 One of the niftiest new fitness lifestyle gadgets around, the Fitbit One threatens to do it all. It keeps track of your steps, distance walked, stairs climbed, and calories burned during the day, and measures your sleep cycles during the night. It even wakes you up at the proper time each morning. It really is true that the One never rests.

The only thing that could possibly hinder the Fitbit One’s hell-bent rampage to world fitness-tracking domination are its similarly determined competitors. Nike is chief among these competitors and their new Nike+ FuelBand provides some pretty stiff competition indeed in the high-tech pedometer market.

One feature that the FuelBand has that the One doesn’t is a social integration tool. It has a smooth-as-butter wireless sync so that you can share your fitness information online with your friends on sites such as Facebook in a matter of seconds. But this feature and its beautiful design doesn’t do much to push the FuelBand over the Fitbit in terms of performance. Where performance, quality, and overall features are concerned, Fitbit comes out on top.

For one thing, Fitbit One has a markedly better battery life. It stays charged for up to three weeks with a half hour charge whereas the FuelBand goes dead after only a day or two of activity. Of course, in this day and age, most of us expect our techy gadgets to require regular charging, but still – there is no comparison between the battery lives of the two devices.

The Fitbit One is also much more simple and elegant than its Nike counterpart. Instead of being big, bulky, flashy, and worn on the wrist, the One is small, streamlined, and can be easily concealed within your clothing. It’s almost safe to say that the Fitbit looks boring. But looks really don’t matter when you do a good job.

And the Fitbit One definitely pulls through in the ‘good job’ department. It’s surprisingly accurate for a pedometer and its sleep-cycle monitor is a very nice touch (and something that the FuelBand doesn’t offer). At the end of the day, if you care about fitness and tracking your development, then the Fitbit One is the high-tech pedometer for you. It will help you gain insight into your healthy, have fun, and set higher goals.