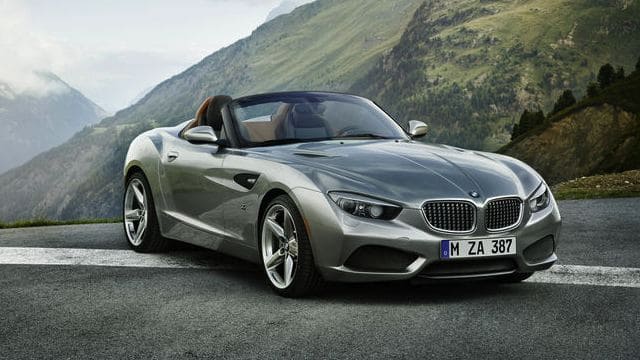 When two forces of automotive design travel cross continent to develop a masterpiece for one of the summer’s greatest auto events, you can expect something special. In the case of the collaboration between German luxury automaker BMW and Italian design house Zagato, you can expect two somethings.

Earlier this summer, the two parties pulled cloth off the BMW Zagato Coupe at the Concorso d’Eleganza Villa d’Este in Italy. The aggressive sports coupe showed just enough DNA to let you know it was born of the BMW propeller, but it was quite clearly distinguished from the average 6 Series. It’s hard to say if it stole a show boiling over with exotic auto hardware, but it certainly made some noise.

When the Concours spotlight shifted to the United States’ Pebble Beach event over the weekend, BMW and Zagato revealed the BMW Zagato Roadster. Inspired by the positive reaction to the Zagato Coupe, BMW and Zagato built the convertible version over the course of just six weeks. More than simply a Zagato Coupe with its roof ripped off, the Zagato Roadster is its own interpretation of “Italian finesse meets Bavarian roadster tradition.”

When compared to the original Zagato Coupe, the Roadster loses the flat Kamm tail in favor of a more traditional, sculpted rear-end. It maintains a clear rear bias, with the driver pushed back toward the trunk by a long, sweeping hood. Like the Zagato Coupe, the Roadster’s animated three-dimensional face and lithe, muscular stance remind us of a large jungle cat milliseconds before pouncing on its prey. It features the same distinctive kidney grille, which, when examined closely, reveals a series of Zagato “Zs” in its grating. Also like the coupe, the roof is a double bubble.

Other visual details of note include a long wheelbase, air vents on the hood and flanks, blacked out taillamps, five-spoke 19-inch light-alloy wheels, and the airplane wing-inspired roll bars, which BMW describes as “quintessentially Zagato.”

While we think the interior may suffer from little brother syndrome when compared to the aggressive body, BMW says that it was crafted to be the first thing that would capture the eye. With an open top, BMW and Zagato believe that the contrasting brown leather that wraps around the interior provides a focal point, beckoning would-be drivers inside. Once there, drivers enjoy a driver-centric cockpit that all but forces them to engage the ignition and hit the gas.

As a one-of-a-kind prototype, the focus of the Zagato Coupe is all on styling, and BMW does not mention what engine sits under that broad hood. It would appear that the car has limited chance for production, though the fact that the parties built two models in such a short time frame suggests that production of at least one of them is a possibility. The Zagato Coupe and/or Roadster could easily be the most visually impactful and exciting sports cars in BMW’s line-up, so we hope it’s considering it carefully.

The Zagato Coupe anchored an eventful Pebble Beach appearance for BMW. The automaker showed a number of other notable models, including displaying the 2013 7 Series and the M8 Prototype sports car in North America for the first time.