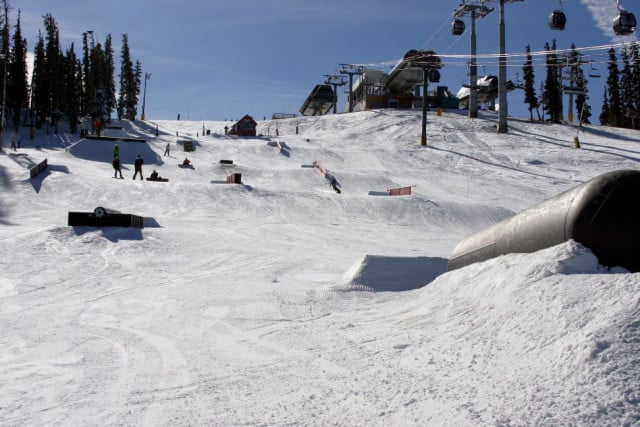 If you check in on occasion here at Much Awesome, then chances are that you’ve seen our recent post on the best all-mountain snowboards of 2014. In it, we took our knowledge of 2013/2014 all-mountain sticks and sorted through them to come out with five of our very favorite all-mountain rippers.

Naturally, we had to do the same for freestyle snowboards. As much as we love the big mountain and all that dank powder that’s been dropping as of late, jibbing rails, launching off kickers, and destroying cliffs is just as fun.

Choose any of the five snowboards listed below for a freestyle experience like no other. Each of the boards is tailored towards different types of riders and the one you should roll with is dependent on the discipline you most often ride in and your skill level.

Here are the best 2014 freestyle snowboards in no particular order: 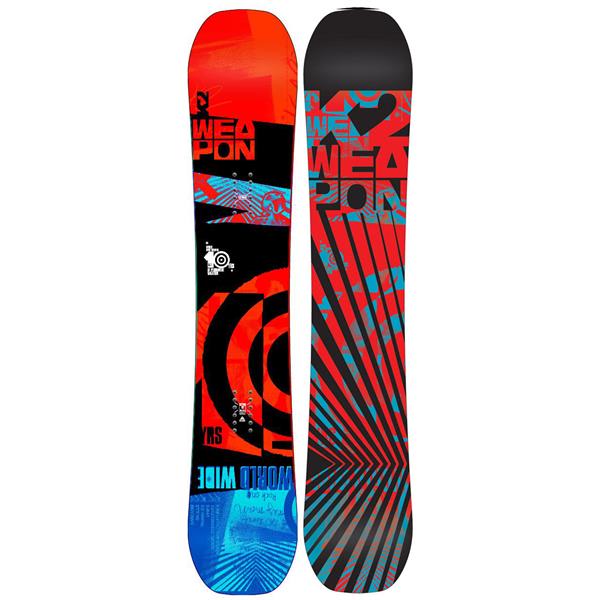 The 2014 K2 World Wide Weapon Snowboard, also known as the WWW, is a lady in the streets and a freak in the bed! Straight out of the box the board has looks that kill. And take it to the slopes and the thing hits it even harder.

The WWW has been around for 10 years and 2014’s version is better than ever before. It is perfectly set up for jibbing galore with a soft and supportive profile and flex. While you’ll be able to blast off small kickers with ease, the board comes up short on anything larger or on rougher terrain. Read: this is not an all-mountain freestyle board. But it is incredibly at home in the park. Amazing response and pop and a playful, buttery feel make the K2 World Wide Weapon ride similar to a skateboard and allows you to destroy absolutely any rail, box, or bench the park or the streets can throw at you. 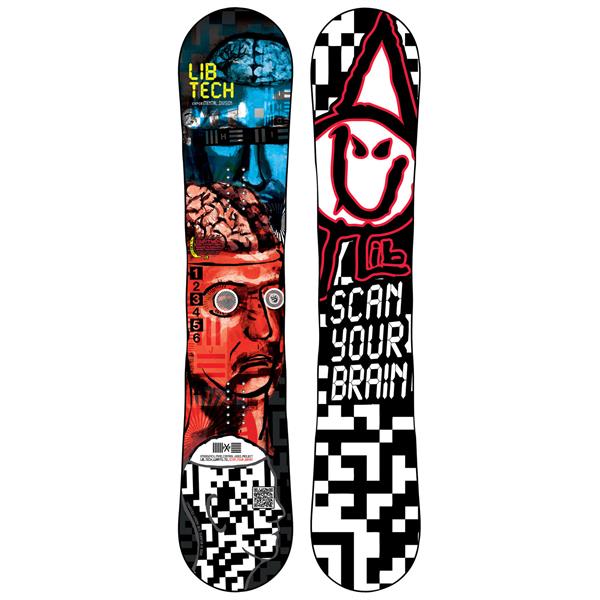 Another park-oriented jibbing machine, the 2014 Lib Tech Box Scratcher is Jesse Burtner’s solution to freestyle madness. Far and away one of the best freestyle snowboards of the year, you’ll be pressing anything in your path with this bad boy.

The Lib Tech Burtner Box Scratcher has a relatively soft flex and a kink nose and kink tail. It’s twin shape means make way for switch madness. The snowboard is actually designed to be ridden in a slightly smaller size than normal without sacrificing stability. The Magne-Traction steak knife technology is largely the reason that this is possible. 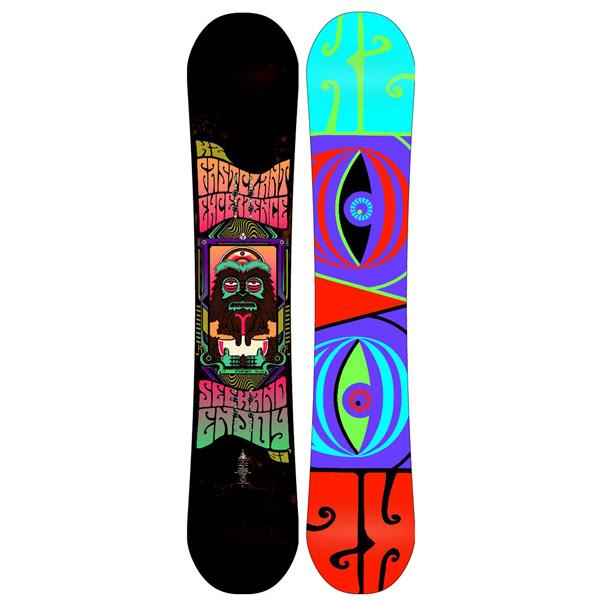 Another K2 creation that makes our list of the best freestyle snowboards of 2014, the K2 Fastplant is the perfect solution for those that like to ride both inside and outside of the park.

Suited for just about any type of terrain, the 2014 K2 Fastplant Snowboard is a needle in the haystack as far as all-mountain freestyle sticks go. It is constructed out of bamboo from tip to tail for the utmost in light weight, durability, and response. Seriously though, this baby is a pop machine. In addition to its springy bamboo construction, the Fastplant features a full camber design with integrated carbon ollie bar. Better yet, it comes with a 5 year no snap warranty.

Find out more about the 2014 K2 Fastplant Snowboard. 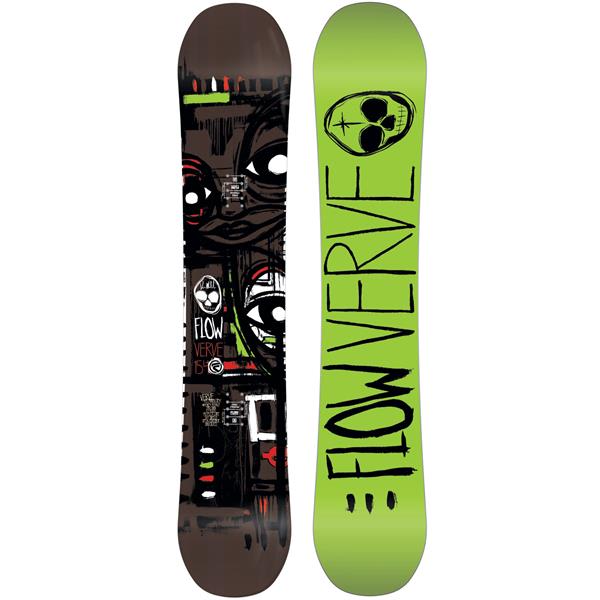 Another crazy dope jibbing board, the 2014 Flow Verve Snowboard is most at home on boxes and rails but can hold its own in the snow.

With a cool graphic and a twin shape, the Verve is as buttery and catch-free as freestyle snowboards come. Its forgiving flex and convex base only serve to add to its catch-free ride. A blunted nose and a blunted tail further help you keep things locked. The Verve is your segue to switch ollie heaven.

Find out more about the 2014 Flow Verve Snowboard. 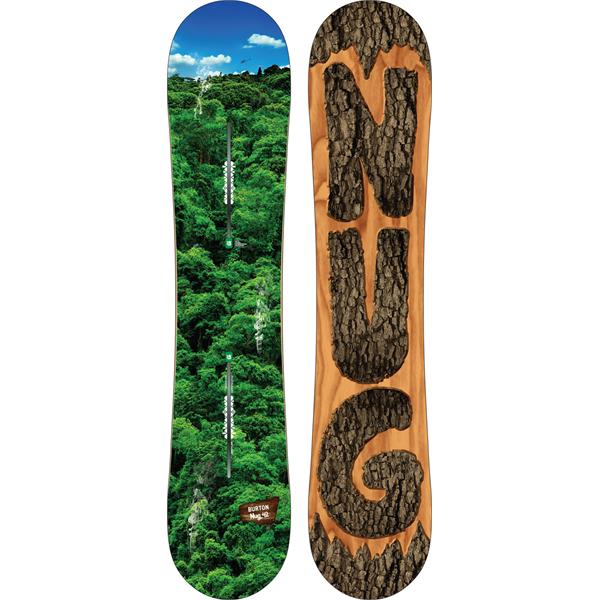 We’ve realized this list has been jib heavy and that’s where the 2014 Burton Nug Snowboard comes in. Though it makes pressing rails simple, it is more at home launching off kicker jumps, bombing groomers, and getting tech in high-speed tree lines.

The Nug features a cool graphic and sports a twin shape. Like every snowboard Burton produces, it holds up for the long haul with an incredibly durable and lightweight design. It’s stiffer than any of the other boards on our list which gives it that high-speed stability that you need while riding the big mountain. However, a rockered profile and spoon-shaped nose and tail keep the ride playful and buttery. Burton suggests getting the snowboard in a smaller size than you normally ride for the ultimate in freestyle feel and luxury.

Find out more about the 2014 Burton Nug Snowboard.