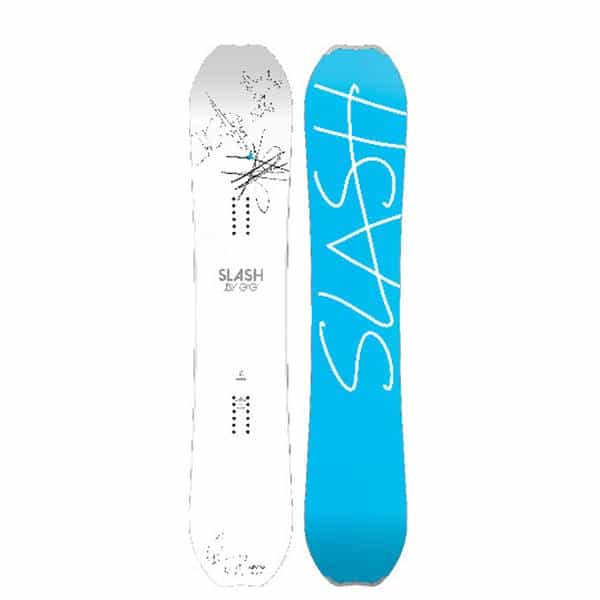 The 2014 Slash ATV Snowboard truly is an all terrain vehicle. Designed for everything the mountain can throw at you, the snowboard is equally at home in the park and in the powder.

The Slash ATV Snowboard combines a traditional directional twin shape with traditional full camber. It has the same feel as snowboards did twenty years ago. At the same time, however, it incorporates modern-day high-tech features into its design that emphasis durability and lightweight. These new tweaks make for a board that feels old school but that rides like a new-age weapon.

Slash took special care to build a board with loads of pop and a very reactive feel. The camber plus the materials used to construct the board (including its all new Forever Wood Core) create a unique and functional feel. The snowboard is playful without going overboard.

Need a new stick for the upcoming 2014 season? The Slash ATV Snowboard might just be a great bet for you.