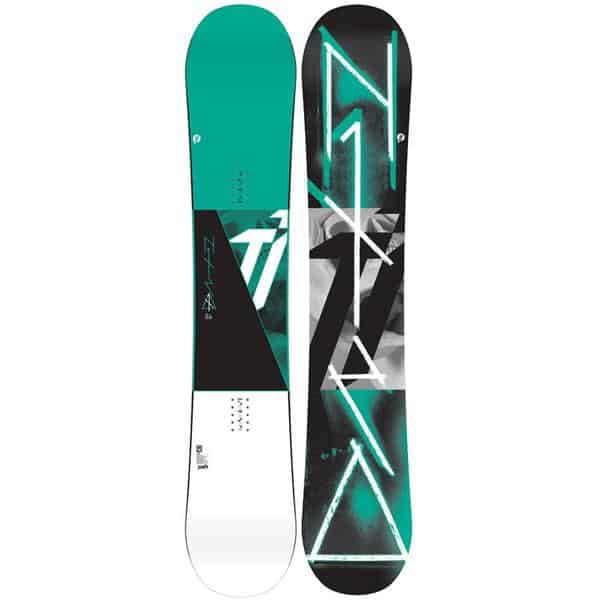 $400 will get you a long ways when it comes to the 2014 Nitro T1 Snowboard. This bad boy is a top performer and definitely deserves a solid spot in our review of the best snowboards for the upcoming winter snow season here at Much Awesome.

The Nitro T1 Snowboard is a twin-board that is at home anywhere at all on the mountain. It doesn’t shine in one particular area, instead preferring to be a solid performer everywhere.

It has a Powercore Ii, Whiplash Profile, and Bi-Lite Laminates. These are nicely paired with a Radial Sidecut, Profile Tip, and Railkiller Edge. Finally, the new Speed Formula Hd Base makes this board ride faster, smoother, and more stable than ever before.

The Nitro T1 Snowboard, like many Nitro snowboards, is a particularly swell board to ride at the park. It’s Railkiller Edge helps you stick on grinds and slides. It is also naturally flexible while still retaining loads of pop.

All in all, few boards are more fun to ride than the Nitro T1 Snowboard in the park – or anywhere on the mountain, for that matter. And at its affordable price it really can’t be beat for the 2014 season.