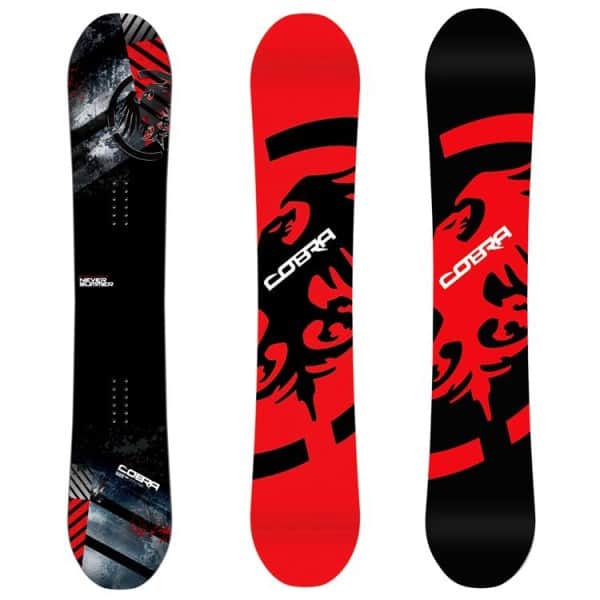 Snow season is upon us and you know what that means…time to start shopping around for your newest stick!

If you’re an experienced rider that digs the total mountain experience, then the 2014 Never Summer Cobra Snowboard might just be the board for you.

The snowboard is perfect for absolutely anything you can think to throw at it. It excels in the backcountry thanks to its excellent float and directional twin shape. At the same time, however, it absolutely destroys manicured slopes, cuts through icy crud with ease, and jibs and presses to perfection. And despite its slightly directional shape, the snowboard can be ridden switch almost as easily as regular.

More specifically, the board features blunted ends and a drawn out nose. The slightly shorter tail and slight setback in stance further helps the board’s flotation in powder. A dual top and bottom carbon matrix makes way for loads of power and pop underfoot. Finally, Vario Power Grip Sidecut allows this board to stick to anything.

Cobras are well-known as some of the most dangerous and aggressive animals on the planet. This beast of a snowboard is just as aggressive and dangerous. Pick up the 2014 Never Summer Cobra Snowboard for all of the bite and venom of one of the world’s deadliest snakes.