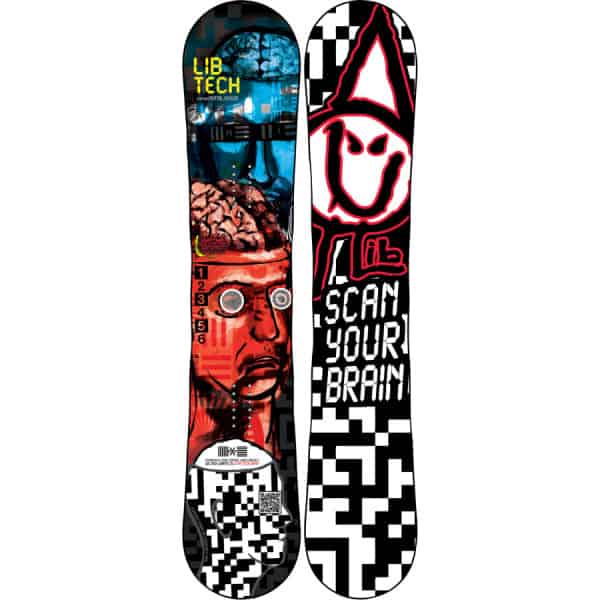 In today’s day and age, versatility is key in the snowboarding game. Most riders don’t want to spend their hard-earned money on a board that can only perform one function. And that’s where the 2014 Lib Tech Burtner Box Snowboard excels. It’s a freestyle-oriented stick that is most comfortable in the park but that does a swell job in the backcountry and on manicured slopes as well.

Designed by bad-ass professional snowboarder Jesse Burtner, the Lib Tech Burtner Box Snowboard is already a classic. True to Burtner’s signature style the board is perfect for jibbing and pressing on just about anything you can find. At the same time, however, it remains responsive enough to perform excellently everywhere else on the mountain.

Lib Tech’s well-known Banana Technology makes another appearance in the snowboard’s construction with a slightly mellower make-up than usual. Rocker is between the bindings with slightly cambered section reaching beyond to the tip and tail. Magne-Traction steak knife technology provides all of the edge control and hold you could ever hope for.

Looking for another stick to add to your quiver for the 2013/2014 snowboarding season? If you’re a park-passionate rider, then the 2014 Lib Tech Burtner Box Snowboard is not a bad choice at all.