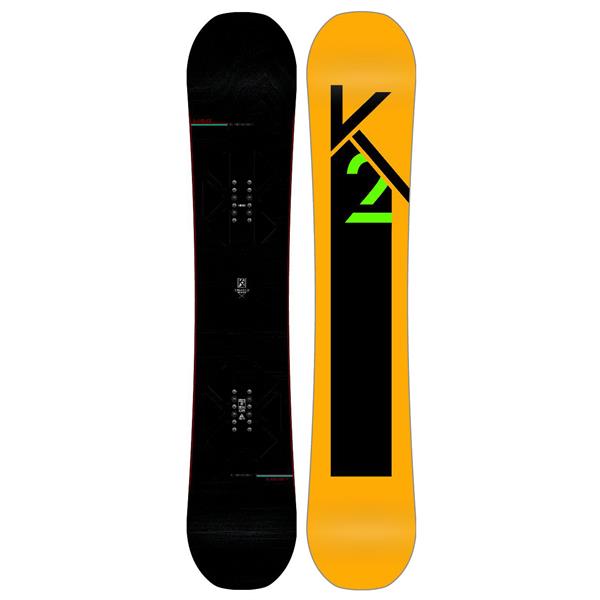 An award-winning board if there has ever been one, the K2 Slayblade Snowboard has been one of the absolute best all-mountain freestyle boards for over four years in a row. And 2014 doesn’t look like it is going to be any different. The 14′ Slayblade is more bad-ass than ever with a few all-new adjustments adding to its superior powers on the slopes.

Wait – hold that thought. The 2014 K2 Slayblade Snowboard didn’t just have a ‘few’ adjustments made for the new season. Rather, it had a whole butt-load. It had a major redesign (it’s very first) and is better than ever before.

Things start off right with its full Hybritech construction and all-new Precision Lifted Baseline pop and energy. This means that the two ends of the boards are both flat while the middle is lifted up. It gives it a nice mix between a flat board and a camber board without sacrificing the benefits of either (or falling into the pitfalls of either).

The snowboard is amazingly comfortable – I mean, it really does feel like an extension of your legs. Having a board that is this comfortable makes snowboarding that much more fun. And then there is the pop. This thing has pop for days.

A few other nifty specs right quick: the K2 Slayblade Snowboard features harshmellow near the feet for increased dampening, a WH4 Core with 3 sections of honeycomb, and a pre-fit ollie bar. Despite the board’s relatively stiff flex, the ollie bar gives it a lot of bounce back which adds to the above-mentioned pop.

The 2014 K2 Slayblade Snowboard is a creative board for creative riders. If you want to show off your creative genius this winter, hit the ‘more info’ button below for, well, more info on how you can make this baby yours.