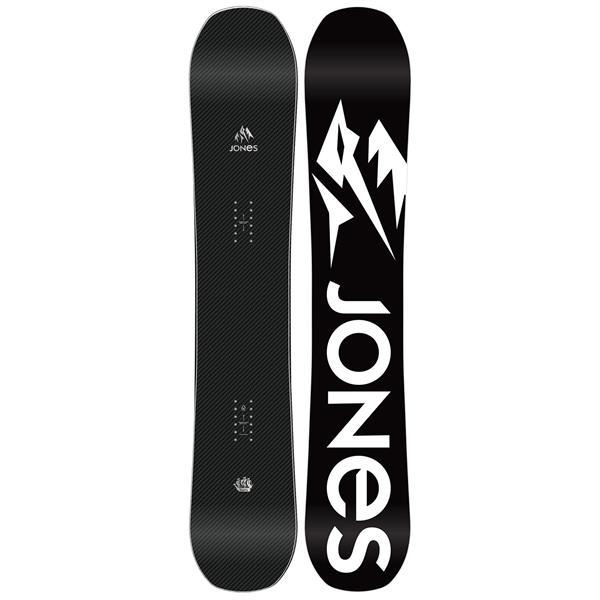 The 2014 Jones Carbon Flagship Snowboard is just about as perfect as a freeride board can get. It excels in all terrains and is as comfortable as I’ll get out.

The carbon topsheet is of particular note. In addition to looking spiffy as hell, it combines together with the specifically-positioned carbon stringers to give the Jones Carbon Flagship Snowboard a light, lively, and, most importantly, fast feel. Better yet, it helps the board remain comfortable and stable even when the going gets rough and the speeds get very fast.

The Jones Carbon Flagship Snowboard was designed by the man himself, long-time snowboarding pro and innovator, Jeremy Jones. And he designed the board for himself and other expert-caliber riders. The snowboard is a stone-cold killer and should not be ridden by anyone other than the very best. Really though, this board needs a warning! to come along with it.

The 2014 Jones Carbon Flagship Snowboard is very-responsive and very stiff. It is the farthest thing from mellow. It has pop, it cuts lines with precision, and it has a good deal of float to it too. It’s directional rocker, flip flop and sintered base, and Mellow-Magne are a few other highlights of this freeride behemoth.

Are you one of the best riders on your local hill? If so, then this board might be for you. If not, then you should probably opt for a mellower stick.