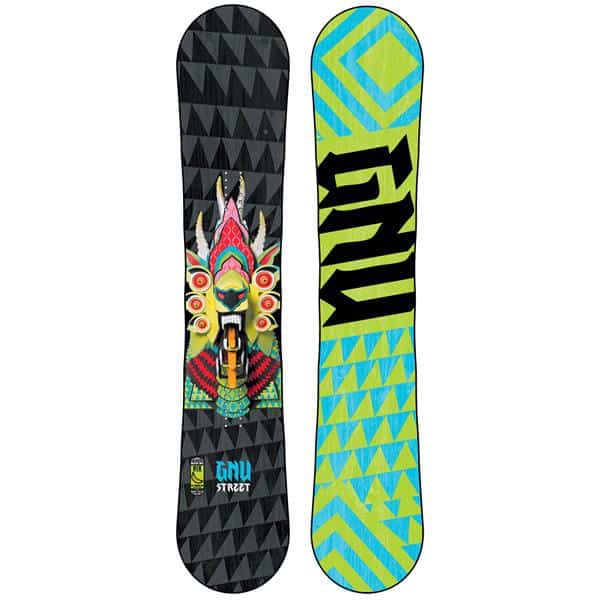 Not all snowboarders dream solely of fresh powder and pristine backcountry lines. The dreams of some take the form of buttery ledges, runs in the park, and jibbing stair rails in the city.

If you fall into this later camp, then the 2014 GNU Street Series Snowboard is something that you just have to check out.

It’s a twin-shaped jib freestyle board that is perfect for just about anything that the streets can throw at it. It’s Banana dimensions with Magne-Traction and relatively stiff flex make for deep presses, high ollies, and plenty of hold when you’re jibbing on something sketchy.

Though the Lib Tech Street Series Snowboard is made for the streets (or for the park), it actually kills it in powder as well. It’s not as much of a powder fiend as other boards but it makes do (and that’s not why you bought it anyways).