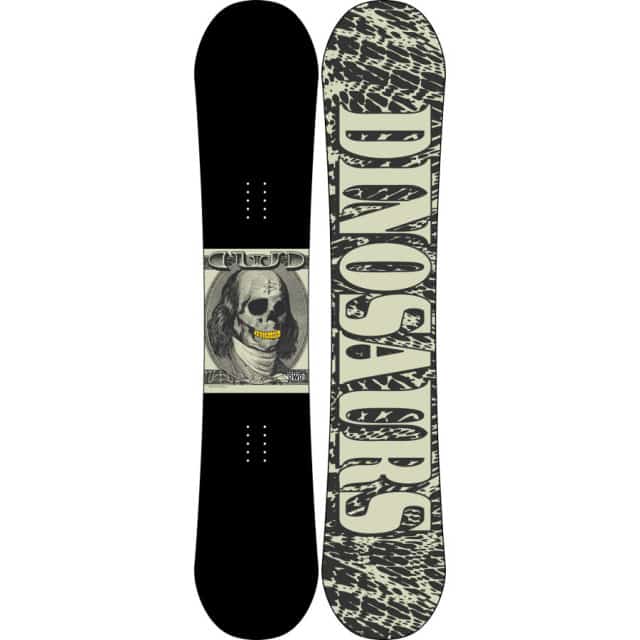 The 2014 Dinosaurs Will Die Bogart Snowboard is a freestyle masterpiece that can kick it on any terrain.

Designed and ridden by Ben Bogart, the snowboard is his go-to board no matter the time of year or the conditions. If you know of Bogart, then you know this means anything from huge backcountry lines to gnarly street gaps to kickers in the park.

The Dinosaurs Will Die Bogart Snowboard is incredibly stable and durable thanks to its relatively flat profile. Though stability and strength is the name of the game as far as this board goes, it is forgiving and flexible enough for all the jibbing you can throw at it.

The snowboard’s Biax glass construction lends a buttery feel to the entire thing, making it perfect for jibbing and park riding. The snappy poplar core keeps this baby super lightweight and makes for a ride with a lot of pop and a lot of snap.

Need a killer snowboard that isn’t going to break the bank? If you are primarily a freestyle oriented rider, then the 2014 Dinosaurs Will Die Bogart Snowboard is one of your absolute best choices for the coming (and, in some places, current season.