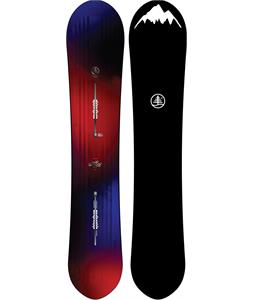 Whose that knocking on your front door? What’s the date again? Oh, shoot! Rent was due five days ago! I hope it’s not the landlord…

If you’ve ever rented an apartment before, then you know full well just how un-fun dealing with your landlord can be. Luckily, the Burton Landlord is a snowboard and not someone with a rent check on their mind and a late fee on their mind.

At its most basic, the Burton Landlord Snowboard is an all-mountain snowboard that has the feel of a freestyle decl. It’s just as comfortable in the backcountry as it is on manicured slopes or in the park.

The Burton Landlord Snowboard is a directional-shaped board. This is part of the reason that it is such a stud in the heavy powder. However, it also feels sort of like a twin-shaped board when you’re riding on hard-pack.

Along with its directional shape, comes a directional flex. The board is somewhat stiff without being overly stiff. Perhaps the Burton Landlord Snowboard’s most unique feature is its New Balanced Freeride Geometry with a Pro-Tip and Infinite Ride added in for good measure. The S-Rocker profile gives you plenty of Camber underneath your feet with a helping of Rocker at the nose. At the same time, the stance is set back from center, about two to three inches back, allowing for precision control in just about any conditions.

There’s a whole lot going on with the 2014 Burton Landlord Snowboard. It has a gigantic nose and a tapered tail but it still rides like a twin-shaped freestyle board when you want it to. It’s definitely an all-purpose snowboard for the all-purpose rider.