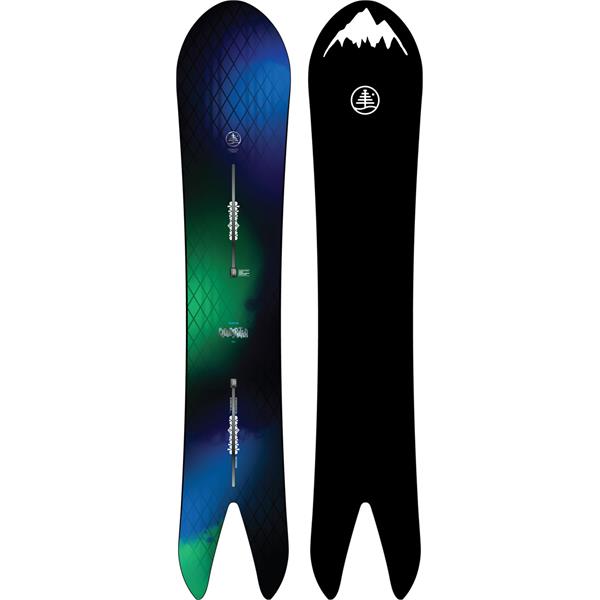 The 2014 Burton Cloudsplitter Snowboard is a powder board through and through. It’s the perfect snowboard for anyone who likes to dish it out in the deep stuff. Though it’s a bit pricey for beginners, it works well for anyone from those stepping on a board for the first time to experts who have been out on the mountain for their whole lives.

The first thing that you’ll notice about the board is its funky design. It’s obviously a directional snowboard. The strange-looking taper near the back end is referred to as a ‘swallow-tail.’ It’s purpose is to sort of lock the board down when you’re going through powder. And, heck, if you have the skills it, sets you up for some gnarly rooster tail action!

The Burton Cloudsplitter Snowboard has a camber design to it. It rocks up slightly throughout the middle, though it does rise up a little earlier than normal at the nose. Once again, the reason for this is to keep the snowboard (and you) on top of the snow when you’re floating through light stuff.

When it comes to flex, the Cloudsplitter is very soft. It is a directional flex board as expected. It is constructed out of fiberglass with 60 Degree Carbon Highlights Hi-Voltage with a core of Dragonfly With Multizone EGD. If that sounds a little funky, don’t worry. It basically means a bunch of different wood cores wrapped in a silky smooth laminate to all those that aren’t absolute snowboard nerds. This translates to high speeds and a smooth, stable ride.

Finally, the Burton Cloudsplitter Snowboard is super lightweight. This is thanks to a number of factors. The swallowtail of course is a big reason. As is the thinner nose and the slimrail sidewalls.

If you love riding in the powder (and who doesn’t?) and you want a board that will turn heads in your direction, then checking out this snowboard is a very smart idea.