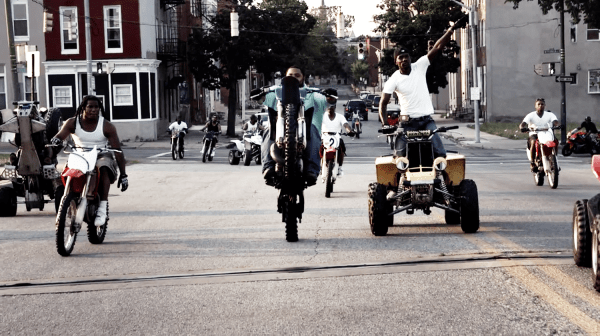 Over three years in the making, the new documentary on the 12 O’CLOCK BOYS – a notorious dirt bike pack that calls the urban streets of Baltimore their home – is stunning. The group races their bikes and ATVS around the city streets, popping insane wheelies and evading the police at the same time.

It’s hard to figure out what to make of it at first but it draws you in with time. It’s fascinating.

Imagined by the twenty-six year-old Lofty Nathan, the documentary’s director, the 12 O’CLOCK BOYS is shown through the eyes of Pug, a smart young kid who will do anything to join the ranks of the group.

Check out the video above or the 12 O’CLOCK BOYS website for more.

The 10 Most Epic Snowboarding Videos of ALL TIME