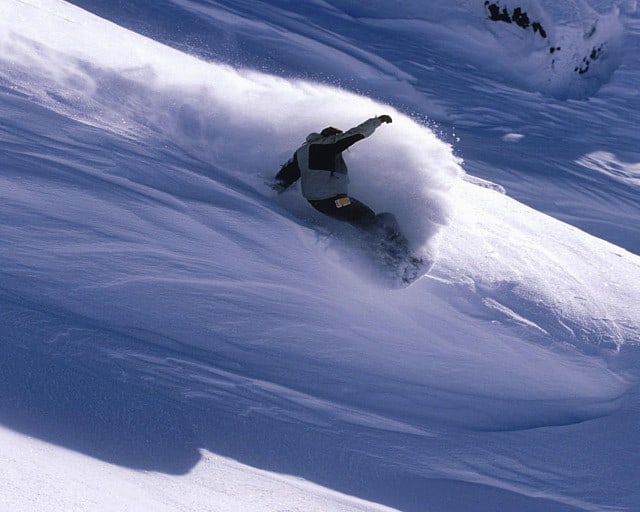 At Much Awesome we spend a good deal of our free time watching snowboarding videos. When you’re unable to hit the slopes (especially for an extended period of time like summer), great films are one of the only ways to survive!

That’s why we’ve compiled our personal top 10 most epic snowboarding videos of all time into a single list. Check out the clips below and you’ll be sure to need to catch the full things. Snowboarding movies don’t get any better than these.

1. The Art of Flight

Sponsored by the brilliant folks at Red Bull, The Art of Flight is one of the wildest snowboarding movies ever made. It follows Travis Rice, John Jackson, Mark Landvik, Nicolas Muller, and others as they make their dreams (and ours) come true at a never-ending array of breathtaking locations from around the world.

Produced by snowboarding cinema superstars, Absinthe Films, Resonance is one snowboarding movie that you just have to get your hands on. It’s epic. Nicholas Muller, Gigi Ruf, and Scotty Lago are only a few of the rippers to shred through Resonance.

Picture this: 16 of the world’s best snowboarders, the world-famous Mack Dog Productions crew, and a number of killer snowboarding spots, ranging from mountaintops to the streets. Well, that’s exactly what Picture This is. It’s also one of the coolest snowboarding videos of all time.

Another classic snowboarding video brought to you by Absinthe Films, twel2ve follows the crew around the world (with an emphasis on the west coast of North America) for some absolutely crazy 2011 shred action.

Torstein Horgmo is one of the dopest snowboarders in the world. Horgasm – A Love Story presents a fun-filled peek at the top pro’s life. It provides an almost documentary-style look at Horgmo and juxtaposes scenes of rad riding against the lows of the professional snowboarding life and the highs of the sport in general.

Though it was made  in 2006, Follow Me Around, by Mack Dog Productions, is still as awesome a snowboarding video as any that came out this past year. Jeremy Jones, Darrell Mathes, and Eero Ettala are only a few of the big names adding to the total package.

It’s rare for Burton to let snowboarding fans down when they come out with a new movie. In fact, I don’t think it has happened yet (and it probably never will). 13 features pros like Danny Davis, Mikkel Bang, Jussi Oksanen, and many more.

It’s hard not to love everything that I Ride Park City puts out. And their self-titled I Ride Park City full-lengther is no exception. It throws forth a cool mix of local shredders and top pros all having a blast at Park City.

If you love snowboarding, then you know that Jeremy Jones absolutely kills it on a board. Deeper is a big-mountain snowboarding video following Jeremy Jones and a cast of other characters that he hand-picked for parts in the Teton Gravity Research-backed flick.

Produced by Process Films, A Shot in the Dark is a badass snowboarding video if there ever was one. It follows Norway’s most progressive snowboarders for over two years offering a documentary-style look at their approach to the art of killing it anywhere that snow falls.

We love to watch snowboarding videos and are interested in hearing from you guys. Which videos are your favorites? Which did we pass on that you’d add to your top 10 list?